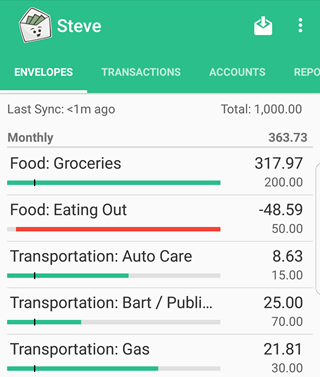 This coming new year, one of my resolutions will be to eat out less. Living in San Francisco it’s hard not to be affected by the “slow food” culture at work here, but for me eating out less isn’t about saving the environment or making sure that animals are treated fairly. I just miss cooking.

I spent my college years in Southern California which among its many benefits can also boast to be the home of “Henry’s” a grocery chain that prides itself on sourcing its produce from local growers. If you’ve ever been to a Henry’s, you know it’s something special. Ripe local produce, bountiful grains, delicious snacks, I fell in love with food and cooking because of Henry’s.

That actually worked for awhile. However, it wasn’t long before changes with city life and work started to have an effect. With a full workday it became hard to carve out time to prepare my own meals. I found myself preparing my own food less and less, and eating out more and more. After a few months I had over $300 in my Groceries Envelope, a deficit of about -$50 in my Eating Out Envelope, and I felt terrible.

It wasn’t the sad Goodbudget face that made me feel bad, I knew I could just do an Envelope Transfer from my Groceries Envelope to the Eating Out Envelope to make Goodbudget smile at me again. I felt bad because Goodbudget was showing me what I was doing, the choices I was making with my money, and I didn’t like what I was seeing.

At that point, I felt that I had to make a decision. I knew I didn’t want to just transfer funds to balance my Envelopes. Sure it would bring my Eating Out Envelope back into the black this month, but if nothing else changed it would be back in the red next month.

Another option was to just change my budget. The reality was that I was spending more money eating out, and less money on groceries. I could afford to eat out more, so why not change my budget to reflect the reality of what I was doing? The problem was that I didn’t like the reality. My budget represented who I wanted to be, the red bar I saw showed me who I was being. If I wanted to change who I would become, I needed to change how I spent my money.

So that’s what I’ve decided to do.

3 thoughts on “When Budget Meets Reality”