10 times you made Goodbudget better

With more to come

It seems just like yesterday that Goodbudget (then EEBA) made its debut, and it’s crazy to think about just how much Goodbudget has changed since then.

When Goodbudget was first launched, it looked very different. Here’s the old EEBA Add Transaction screen. Can you spot the difference?? 😉 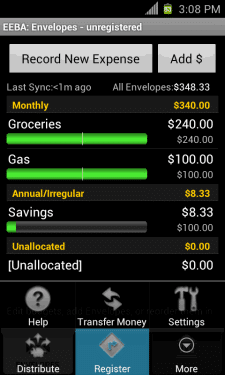 It’s taken ten years of growth and innovation to make Goodbudget what it is today, and many of those changes were inspired by you. Here are just a handful:

Here’s to many more changes inspired by you! What’s up next? Because you’ve told us how handy it would be to search for transactions on the go, we’re working to bring the Search feature to the iPhone app.